When Niki was invited to produce the artwork for poster and publicity for Mad Cow Productions 10th Anniversary Musical, the multi-award winning Gershwin extravaganza Crazy for You, she wanted to capture the essence of the playful humour, Broadway glamour, wild west setting and the ruby in the dust plot line of the show. Her design sums all this sums this up as "A show girl walks into a bar..."

Crazy for You is Ken Ludwig's 1992 adaptation of George and Ira Gershwin's 1930 musical comedy Girl Crazy. The plot concerns Bobby Child who is the son of a prominent East Coast banker and longs to be a song-and-dance man but is forced to enter the family business -- and his first assignment is to foreclose on the Gaiety Theatre in Deadrock, AZ. But when he falls in love with Polly Baker, daughter of the Gaiety's owner, Bobby dedicates himself to saving the theatre. And how does any self-respecting musical comedy hero accomplish this task? By staging a fabulous show, naturally, with Bobby himself in the lead. Of course, the plot is a mere peg upon which to hang some of the Gershwins' best-loved songs, including "Embraceable You," "Someone To Watch Over Me", "Bidin' My Time," and the show-stopping "I Got Rhythm".

No other show better conjures up the timeless glamour and romance of Broadway in its heyday than this outrageously entertaining musical. Ken Ludwig's hilarious dialogue (liberally splashed with slapstick and farce), high energy colourful song and dance numbers, and featuring the Mad Cow Orchestra this musical will provide a truly uplifting night out for audiences of all ages.

Niki will also be performing as part of the chorus in this Production.

The show will be performed in the Main Auditorium, Theatre Severn, Shrewsbury - Thursday 1st May to Saturday 3rd May.

For further details and tickets follow the link below:

Mud and Blood: Re-creating the Somme 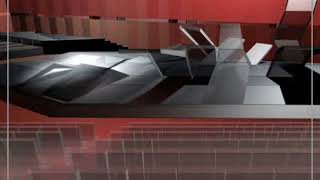 My work in the FBC Manby Bowdler Gallery